Want Your Child to Be a Leader? See How Martial Arts Classes for Kids Make all the Difference in Children’s Leadership 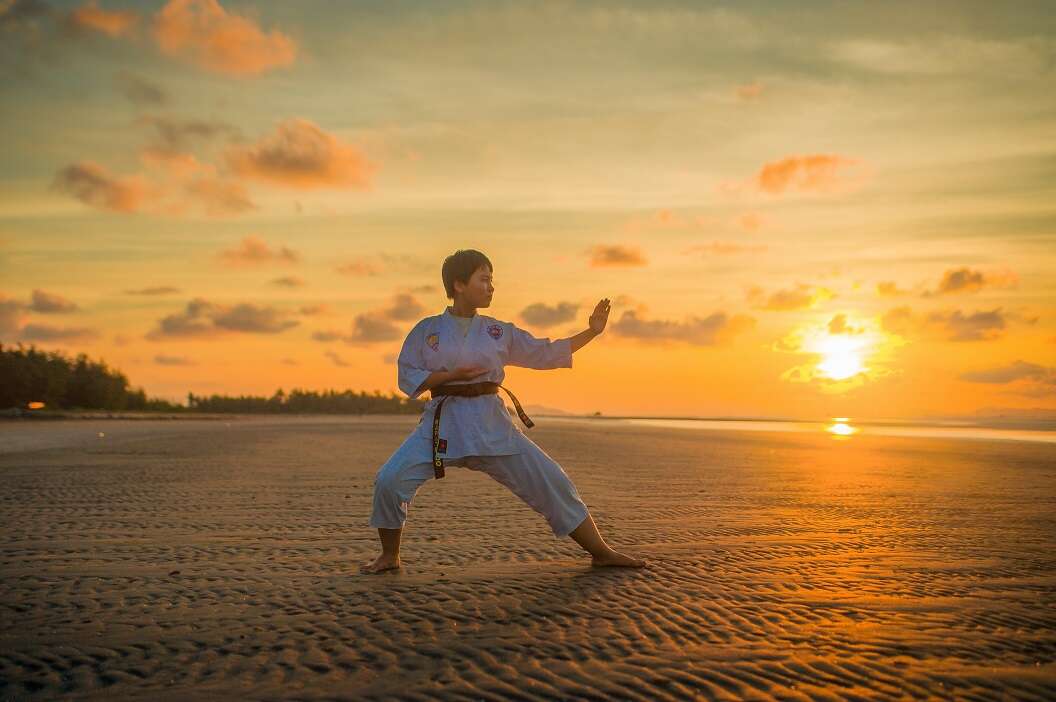 Want your child to be a leader? Martial arts classes for kids are about so much more than just the punches and kicks you see in movies. We say it all the time, but it’s completely true. Martial arts has a lot to offer kids of all ages, but in today’s blog post we’re going to discuss just one particular benefit- leadership.

Perhaps the most important skill needed to be a leader is discipline. Think of some of the greatest athletes of all time- their best advice is always “never give up”, “stay with it,” “don’t quit.” These aren’t just empty words.

Those athletes are the greatest not necessarily because they’re the most talented, but because they’ve learned discipline. They’ve learned that doing things they don’t want to do, like working out or eating well, will give them the results that no one else can get. That discipline is what makes them the best.

So how do we instill world-class discipline in our students? Simple. When your child comes to their martial arts classes with Premier Sport Taekwondo, they’re not just learning self defense moves. They’re also playing games and doing different activities that sneakily teach them life skills and build character, courtesy of our awesome instructors.

Even better, we use positive reinforcement to help those good habits stick and stay effective. For discipline, for example, we’ll positively reward them for listening to their instructor and sitting still.

As you’ve probably seen in your own children, kids nowadays have very short attention spans and get bored easily … So we also use disguised repetition to keep students interested and engaged. We’ll play games where they have to repeat different moves a bunch of times, and over time this format helps them bulk up their discipline muscle to succeed to their fullest potential.

One of the coolest things about martial arts is that the life skills we’re teaching them actually make a difference. There comes a time when we stop disciplining them, and your child naturally disciplines themselves. They absorb that self-discipline and strive for excellence, pushing through tough or frustrating times, going the extra mile to reach their full potential, using positive self talk… These are amazing transformations for us to witness, and it’s how lasting leadership is fostered in our classes.

Better Grades for a Better Future

It’s not too much of a jump to see how better discipline can create better grades, right? Think of it this way- if your child’s grades aren’t the best, it could be because they’re just not focusing.

They’re not motivated to sit down and do their work, they’re fidgety, they’d much rather be on their devices… That discipline they learn in martial arts class is going to keep them in their seats and focused on class until it’s done, even when they would reeeeally rather be doing something else.

Once discipline is established, another tool we use in martial arts to help with better grades is focus. Just like with discipline, we’ll play different games that positively reward focused attention in the right places – on the instructor and on the task at hand.

Because we have rules in martial arts, and those rules are reinforced by the environment (uniform, instructors, etc.), your child is more likely to listen up and respect those rules here in our studio. One of these rules is that they listen thoughtfully to their instructor or a peer when he or she is talking, just as a baseline form of respect.

No phones or electronic devices are allowed on the mat – it’s only your child, their instructor, and their fellow students, all having fun as they learn these awesome skills.

Once your child has learned that focus and released some of that desire for instant gratification, they’ll associate focus with positive emotions (I learned how to kick the paddle by focusing really hard! That was awesome!) and then apply it to all aspects of their life, including their grades. That positive association will help them direct their attention in the proper direction- their homework. And then focusing on their homework means better homework scores, higher absorption of the material, and voila- better grades!

How Better Grades Makes Your Child a Leader

It’s also easy to see the connection between better grades and leadership. Even if your child’s grades improved just the slightest bit, it would be because of their success skills that they’re implementing all on their own.

That’s the sign of a leader- self-leadership first. When your child is making progress thanks to their own efforts, their teachers will start to notice. They’ll receive more positive attention and praise, which will just motivate them even further to become their own leader and build on those success skills. The rest just comes naturally!

Whether they’re captain of a sports team, president of their student council or volunteering in their community, your child’s discipline skills (and all the other skills they learn in martial arts, like respect, perseverance, and focus) will help them become the absolute best version of themselves. What else could a parent want?

So now that we understand how kids become leaders through discipline and focus, let’s talk about mindset.

Mindset is basically how you talk to yourself, so it’s also known as self-talk. When you’re a child, everyone around you is talking to you, and you learn to internalize what they’re saying. If you constantly hear that you’re dumb, you’re going to believe that you’re dumb and then grow up telling yourself that you’re dumb.

If you constantly hear that never giving up is the key to success, which is what we teach in martial arts classes, you’re going to believe it and tell it to yourself when you want to give up.

Our instructors are totally on the ball when it comes to mindset, and they make sure that each child knows exactly what they’re capable of- which is anything that they’re willing to work hard for!

Such a critical piece of leadership in any capacity is a perseverant mindset, and that’s what we teach in martial arts. Think back to the last ninja movie you saw, and you’ll recognize that martial arts is NOT easy. Ask any student, new or old- getting a grip on yourself and learning the moves can be pretty tricky.

And that’s what makes martial arts classes for kids so different from any other sport- it’s an individual sport in a group setting, so they have the space to learn these life skills. We make sure our students know that they’re capable of success on and off the mat, and this fosters true leadership in every one of them.

Help Your Child Be Their Best- Join Us!

Discipline, focus, perseverance, mindset- these are just a few of many, many benefits that kids martial arts classes provide. If you want your child to be the best version of themselves they can possibly be for years to come, join our North Grafton martial arts classes for kids risk-free and see for yourself what our Premier Sport Taekwondo Child Greatness program can do! Your child will LOVE it!

Parents love our Kids Martial Arts program in North Grafton, Why? Because it’s the perfect blend of self defense, personal development and character enrichment. Find out why so many families, just like yours, love and trust Premier Sport Taekwondo

Fitness and Self Defense, two major goals anyone have when looking for Teen & Adult Martial Arts in North Grafton. It’s time to give your work out and get the results that they need.

Fitness and Self Defense, two major goals for anyone looking for Adult Martial Arts in North Grafton. It’s time to change up your work out and get the results you’ve been looking for.

Need a safe, clean space for your child to remote learn while you work? Our amazing e-learning center, here in North Grafton, is loved by kids and parents alike. Come find out why!